Helping You Remove EZ Pass Collections From Your Credit Report 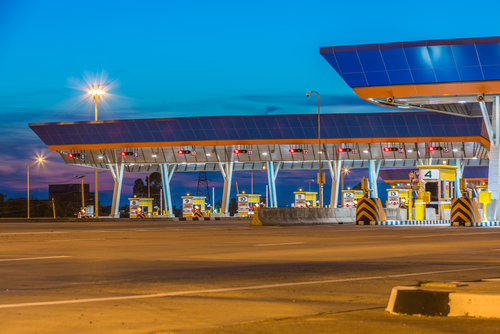 Technically speaking, there is no organization known as “EZ Pass Collections”.

Instead, it’s a term used to describe collections from various state-run toll authorities.

You may receive a bill directly from EZ Pass for an unpaid toll, plus additional fees if the toll hasn’t been paid beyond a certain point.

In this article, we’ll discuss strategies for dealing with EZ Pass collections.

EZ Pass was established in 1987 as an electronic collection system.

Essentially, the company will provide you with an electronic device – connected to a funded account – that will automatically pay your toll when you pass a tollgate.

But problems can arise if the electronic device malfunctions, or if the tollgate reader somehow malfunctions.

Theoretically, if both systems are working properly, your toll should be paid each time you pass a tollgate.

And the only notification you’ll receive is a notice from EZ Pass advising you to replenish your account.

But in the real world, such precision is rare. One of the problems is that a single unpaid toll of, say, $5, can easily escalate to a much higher number if you have not been notified of the non-payment for several months or years.

The fact that there are EZ Pass divisions in each of the 17 states the company services makes it difficult to generalize outcomes.

The Better Business Bureau lists separate complaint lists for each state agency. The agencies in New York and New Jersey are each rated and “F” by the BBB.

Complaints commonly involved relatively small amounts of unpaid tolls, like $15 or $20, with fees and penalties raising the balance due into the hundreds or even thousands of dollars.

MyFICO has a forum page where consumers can weigh in on their experience with EZ Pass collections.

The information there is more limited, but confirms the complaints made through the BBB (small tolls growing many times to very large amounts when penalties and administrative fees are added).

If your EZ Pass collection amount is high – and they have been known to go over $1,000 –
you may want to engage the services of a good credit repair company.
They’re more likely to get a quick settlement.

EZ Pass collections are something of a gray zone in the collection universe.

First, EZ Pass serves as a collection company for the toll authorities in 17 states.

Meanwhile, they also collect for 39 agencies within the states participating in the EZ Pass system.

You may not be exempt from EZ Pass collections because you don’t live in one of the 17 states the company services.

You could receive a collection notice as a result of driving through a tollgate in one of those states.

If it’s a collection, it may come either from the toll authority or an assigned collection agency.

Get Legal Help in Dealing with EZ Pass Collections

It’s fairly easy to negotiate a lower settlement amount on your own. Despite the fact that toll authorities are the original creditors with EZ pass collections.

You may be dealing with EZ Pass, a third-party collection agency, or even with the toll authority itself.

In any case, if the amount of the debt or the terms are unreasonable, you may need to get legal representation to deal with the situation.

This will also be the case if you have evidence the claimed debt is an error and either the toll authority or its agents refuse to accept your documentation.

If you do need legal representation, Lexington Law is an excellent choice.

As a credit-centered law firm, they deal with collection situations on regular basis.

However, if you do plan to challenge a toll debt legally, you’ll need to do it as early in the process as possible.

The penalties for non-payment are severe, and can affect both your lifestyle and your livelihood.

For example, having your license and registration suspended will leave you unable to commute to-and-from work, or even to drive for personal reasons.

And as is always the case with any type of obligation owed to the governing authority, interest and penalties continue to accrue until the debt is fully paid.

Either work to settle the toll debt on your own and as soon as possible, or engage the services of either a credit repair company or a credit law firm.

Toll-related debts are one of those obligations you absolutely need to settle as quickly as possible.

How to Deal with EZ Pass Collections

The process for dealing with EZ Pass collections is different than it is from other collection agencies.

There are two facts you should be aware of:

Because of the factors above, dealing with EZ pass collections will require a different set of strategies than we would recommend with getting other collections off of your credit report.

Let’s look at each strategy, one at a time.

1. Settle the Account as Soon as You Become Aware of It

EZ Pass is an intermediary between consumers and state toll authorities. As a result, their collection efforts carry greater weight than those initiated by commercial entities.

Toll authorities can add substantial penalties to a small unpaid toll balance, causing it to rise many times above the amount of the toll itself.

And if they turn it over to EZ Pass, an administrative fee will be added to the total.

The best strategy is to pay any invoices you receive from the toll authority. The situation will get only more expensive if you don’t.

As evidenced by consumer reports and complaints provided on the Better Business Bureau and MyFICO, both EZ Pass and third-party collection agencies will settle total balances due for big discounts.

However, if you don’t accept the settlement presented, you may be inviting the suspension of both your driver’s license and the registration on the vehicle the unpaid tolls are attributed to.

Unfortunately, options are limited when you’re dealing with a state authority.

2. Negotiate a Settlement for Less than the Amount Due

Once again, this strategy is not likely to work with a bill directly from the toll authority.

Under state law, they have been granted both the ability to collect the amount of the toll, as well as to impose prescribed penalties.

But if the account balance is being collected by either EZ Pass or by a third-party collection agency, you should generally be able to settle the amount due for substantially less than the balance claimed.

One way to do this, at least when dealing with EZ Pass, will be to file a complaint with the Better Business Bureau.

EZ Pass seems to be quite responsive where the Better Business Bureau is concerned, and quickly offers payment settlements.

These settlements are typically substantially below the original balance due.

For example, $25 in tolls can easily escalate to more than $1,000 in total fees for penalties and administration.

But EZ Pass might discount that down to something like $250 with a well-worded complaint filed by the BBB.

The situation is more mixed with third-party collection agencies.

However, there are strong indications the total balance due is also negotiable with these companies as well.

You’ll need to contact the agency as soon as you become aware of the debt.

The collection agency may even offer you a reduced settlement upon your initial contact.

If they don’t, you may need to propose one. Send the collection agency a letter offering to settle the debt for whatever amount you feel is reasonable.

Including an explanation of the circumstances behind your non-payment will help your case if it’s convincing.

Based on our research, the collection agencies appear to have considerable latitude in reducing the debt, even by very large amounts.

3. Get Confirmation of ALL Settlements in Writing

A settlement to pay a toll debt for less than the full amount claimed is not likely. Especially if you’re dealing with the toll authority itself.

But if you do receive a bill, you should pay it immediately. And keep a record of both the bill and your payment.

Toll authorities are bureaucratic in nature. This means you may need to provide evidence of payment of previous billings if they failed to record those payments.

If you work out a settlement with EZ Pass or a third-party collection agency, you’ll need to get a written confirmation of the settlement amount before sending payment.

Once again, you’ll need to keep copies of both the written confirmation of the settlement agreement. As well as evidence of your payment of that balance.

If you live in a state where there are tolls that you regularly pass through, it may be worth the effort to keep a file dedicated to toll billings and payments.

You can never know when you might need one.

4. Work Out a Payment Plan if You Can’t Settle Immediately

A payment plan will be very unlikely if the account is being collected directly by the toll authority.

But it may be possible with EZ Pass and third-party collection agencies.

We saw evidence of limited payment arrangements being accepted by EZ Pass on the Better Business Bureau.

However, any payment arrangement is likely to be very short-term.

Most likely, EZ Pass will want to be fully paid within three or four months of accepting a settlement agreement.

If you have extenuating circumstances – that you can fully document – you may be able to request a longer repayment term.

But it’s unlikely to go more than six months or a year.

5. Familiarize yourself with your rights under federal law

Since you’re dealing with a government agency as an original creditor, invoking federal law may have limited value.

Both the toll authorities and their third-party agents are required to pursue collections within the scope of federal law.

But it’s unlikely you’ll be able to invalidate a debt due to a violation of that law.

It’s still worth your time to be familiar with the law anyway.

You can learn these protections by reading the Debt Collection FAQs provided by the Federal Trade Commission (FTC).

Just knowing your rights under federal law may give you the upper hand when a collection agency starts getting ugly.